It wasn’t a bad dream that I could forget 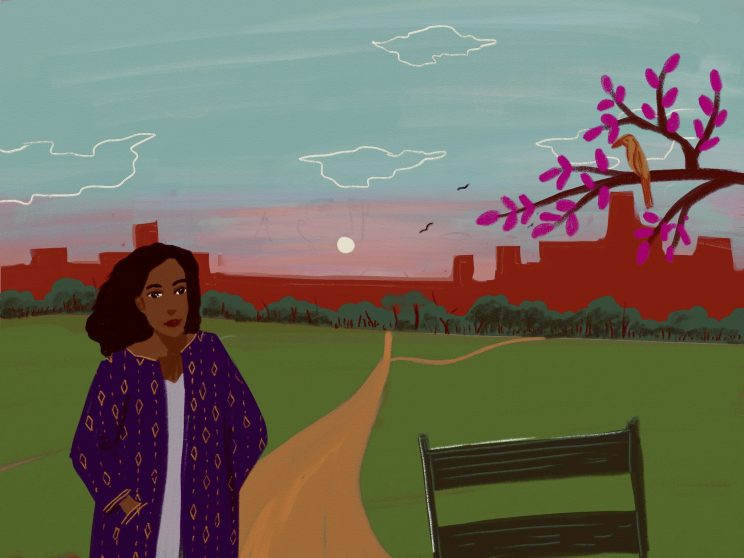 I have faced experiences of violence on the streets often - those are the experiences that come first to mind. But if I had to think in particular about the incidents that happened with intimate partners and men with disabilities. What do I say?

I think back to this one incident. I was molested by this person who has a long term friend, a kind of a childhood friend. He was also a person with cerebral palsy. I don’t know what happened that day but he tried to molest me. I froze when it happened and was unable to form words. I was quite shy and not forthcoming at that point. My nature was not confrontational, and the incident had me shocked - because I didn’t expect it from him.

I cannot even remember how many years ago this was. I was in my 20s and yet to find my voice. We had known each other from our school days. Our relationship was always friendly. We knew and had spent a lot of time together through our years of growing up. This incident took place when we were in our 20s. Both of us were friends and I still don’t know what came over him. Our families knew each other too and spent a lot of time together. Our relationship had seen so much that I think I hesitated talking about this incident before. Especially because of all the fond memories I had of him. It is hard to bring something like this up when you have a history of a relationship that was mostly good. People tend to brush it off as a single incident but it left a huge impact on me.

In fact when this incident occurred, two of my friends - one disabled and one non disabled - were with us. We were taking a walk in a park near the river. They witnessed the whole thing. We (me and my friend) did discuss it later. They were both so taken aback that they had no words either. None of us knew how to react to the situation. Since none of us had expected it, we were left speechless. They told me to get over it. Imagine it was all a bad dream. At that point, it seemed like the best option. But the whole incident made me feel dirty and ashamed. It felt wrong.

I haven’t really ever spoken up about this incident before. I don’t think I could express how I felt that day. For years after, I would still have to see him. I didn’t like him at all and didn’t want to interact him. But because we were both part of the community, I had to maintain a formal relationship of hi, hello. The early years of interacting with him were very difficult for me and I wanted to run away. Now, years later, it is easier to interact with him.

To be honest, when the incident happened, I was confused. I didn’t know what to do, who to speak with, who to confide in or even how to frame this incident. I was young - so that could have played a role. Having known the man for so long had made me hesitant to bring it up in public or even with him.

These incidents I know are common for many women with disabilities. We are not taught about violence at all because it is not imagined that it will happen to us. This experience has stayed with me because of the many ways in which lines were crossed without hesitation by him. Over the years, I have found my voice and it has helped me to speak up when such incidents happen not just with me, but with other women with disabilities.