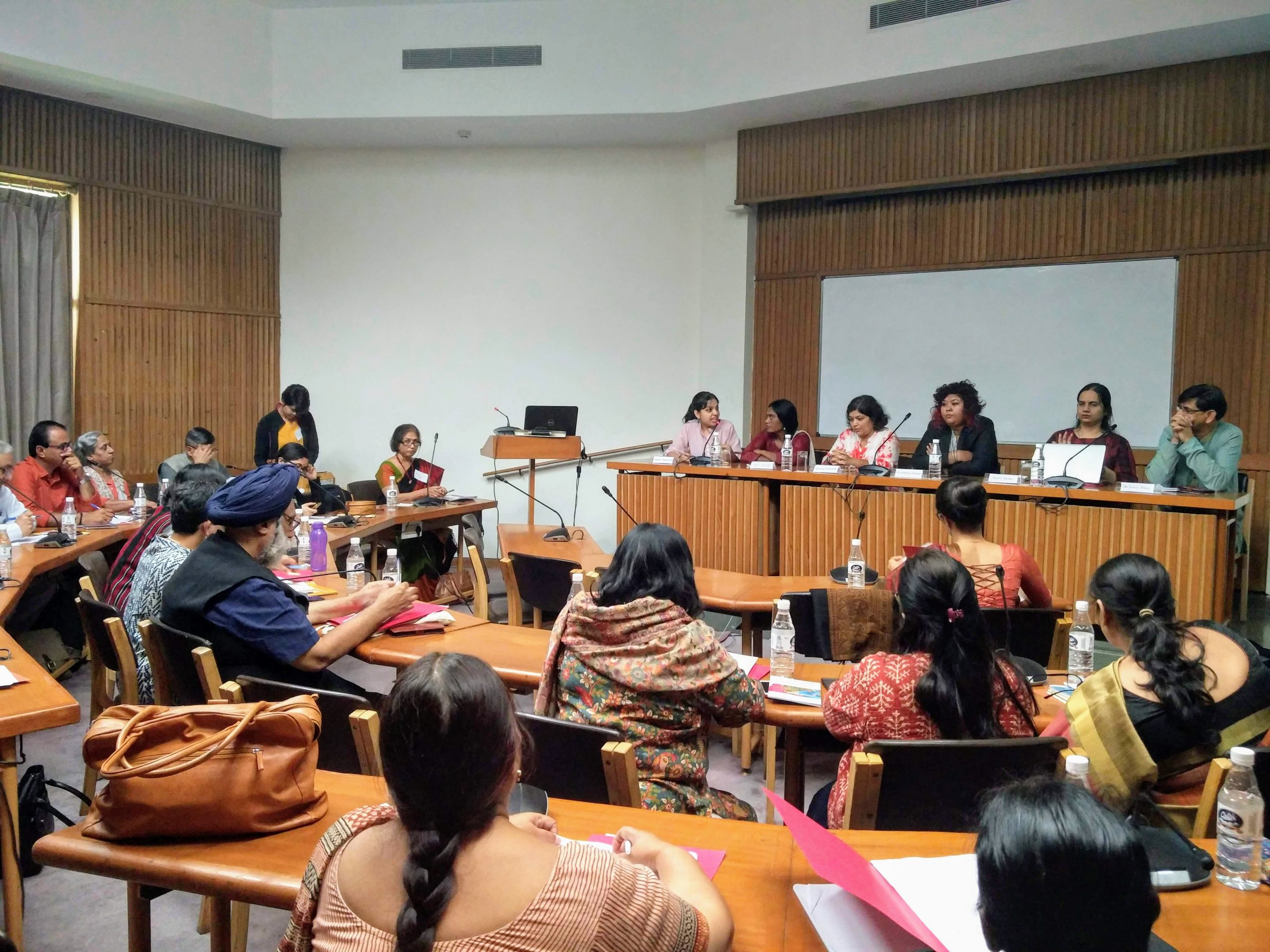 On the 3rd of March, 2020, Mahila Sarvangeen Utkarsh Mandal (MASUM), in collaboration with Asia Safe Abortion Partnership, organized a civil society strategy meeting on ‘Collaborating for Safe Abortion Advocacy’ at the India International Center, New Delhi. The meeting covered some principal issues around abortion and reproductive health as well as the situation of safe abortion access in India.

Founder and executive director, Nidhi Goyal, spoke on a panel on Multiple discriminations in accessing safe abortion services. Other panelists included Rituparna Borah, from Nazariya, Arti Zodpe from the National Network of Sex Workers, Tejaswi Sevekari from Saheli Sangh, and Dr. Sunil Kaul from the Action Northeast Trust. The panel was moderated by Nandini Mazumder from Asia Safe Abortion Partnership. She highlighted the physical access barriers that women with disabilities faced and how a lack of accessible information and social stigma played out in the lives of women with disabilities. She also presented the exclusionary language and clauses of various laws including the MTP Act, the Rights of persons with disabilities act. hierarchy of needs and where sexual and reproductive health fit into that hierarchy for women with disabilities was also discussed.

Other activities from the day included a panel on Safe abortion as an integral issue to all SRHR: Gaps and future steps, a report presentation on Mapping women’s “choices” in accessing abortion services by MASUM, and a debate on the MTP Act. The conference sought to identify systemic challenges while accessing safe abortion services and strategize for national advocacy for safe abortion and SRHR and discuss an action plan for moving forward.