Sisters, you are not alone: Speaking up on harassment 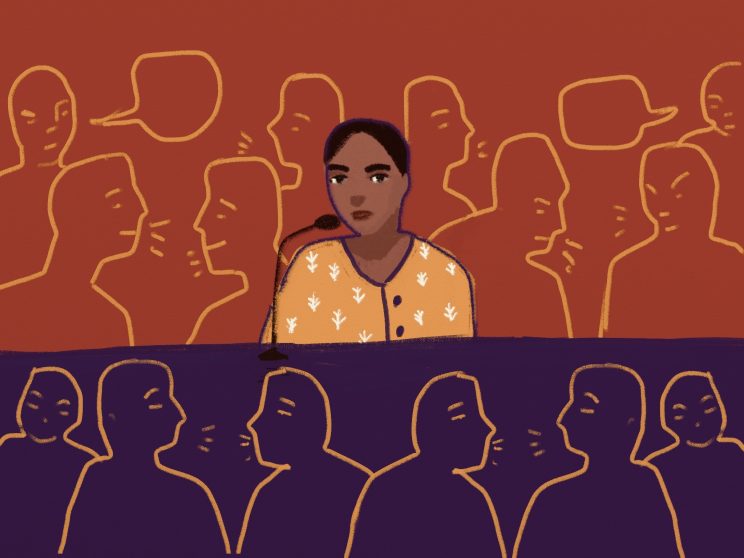 In April 2003, I was invited to participate in the Americas Regional Conference, that took place in between the 1 and 2 Ad Hoc Committee meetings, in Quito Ecuador. The meeting gathered representatives from States’ institutions and from civil society, notable many representing Organisations of Persons with Disabilities (OPDs) from all over the Americas. Among the delegation representing Costa Rica, there was a partially blind male lawyer who had some function within the country’s Parliament. When the first day of the conference was over, he called me to his hotel bedroom when I was about to go to bed, inviting me to his room to have some coffee, I said no and hung up the phone.

The following day, he was appointed to coordinate one of the working groups, and the plenary broke out into different meeting rooms. I arrived the first to the one I had been pointed out to, which unfortunately was the one this blind male had to coordinate. Unsuspectedly, I walked close to him to say hello, and he caught my arm and pulled me very close to him, I quickly broke his grip and walked away fast. To my relief, people were already arriving in the room.

I felt very angry, but also very embarrassed about the incident; I kept thinking how stupid I had been to get so close to him in an empty room, but I finally did tell a friend about it and he encouraged me to place a complaint, which I decided to do through the person responsible for managing the grant that paid for my participation. Because the harasser was a member of a State delegation, the donor decided not to do anything, and this was the hard way I learned how diplomacy can work, or rather, cannot work.

The blind lawyer kept harassing me throughout the Conference, he kept trying to get physically near me, but my colleagues were very supportive and kept me at a safe distance all the time.

The Conference was finally over, I kept participating in the next Ad Hoc Committee meetings until the end, in 2006.

I was very disappointed to learn that the blind lawyer had a successful political career in his country: he became a Parliament member and even ran as a candidate to the Presidency. And after more than a decade after that horrible incident that affected me personally, that man continues to move easily in political spaces in his country, and he recently even nominated himself as a candidate for a special mandate within the UN Human Rights Council.

Although my participation within the national and international movement for the rights of persons with disabilities, and for the rights of women with disabilities has continued smoothly, I still feel very frustrated that that sexual harasser has had no consequences for his misconduct. I know that women’s rights defenders in his country consider him as misogynist, but he’s still very politically active and it seems that he has not faced any serious accusations from women.

At the very end, I know how important it is for women with disabilities to unite and share our experiences and pain. Most people who were gathered in that Conference in Quito back in 2003, have never mentioned that incident to me again, I guessed most people have dismissed it, as it usually happens and because in this patriarchal male dominated world, sexual harassment is just a common mechanism to control women.

It’s been over 15 years after that, I just hoped that when it happened, I had other women offering their support to me. I hope this testimony may be useful for other women with disabilities who are being harassed by disabled men, leaders of OPDs and disability rights movements. Let this story serve as a guiding light to my peers and sisters, you’re not alone.

Silvia Quan fights for expanding the rights of all persons with disabilities, in her native Guatemala, in the broader Latin American region, and on the global stage. For her many achievements, especially in her capacity as Vice-Chair of the UN Committee on the Rights of Persons with Disabilities, Silvia was honored with the International Advocate Award by the U.S. International Council of Disabilities (USICD). From the drafting of the UN Convention on the Rights of Persons with Disabilities (CRPD) to the committee's review of compliance reports, Silvia has ensured that UN work on disability rights includes the voices of women. Silvia is currently advocating to raise awareness to prevent and eliminate violence against women and girls with disabilities.
This piece is part of Rising Flame's campaign: From Shadows To The Centre. Read the remaining pieces here.
Skip back to main navigation