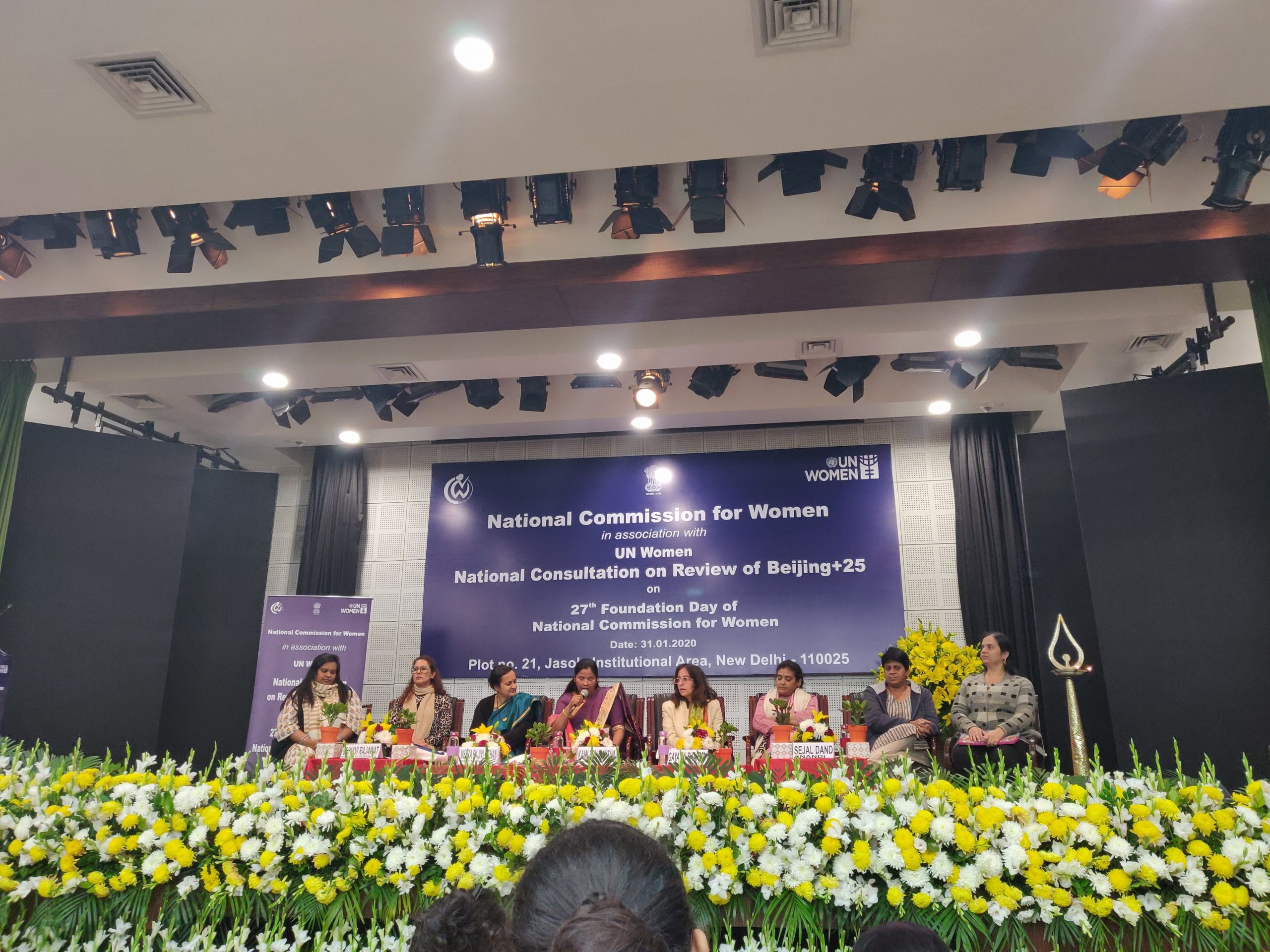 The consultation brought together civil society, feminists and the women and young people of India from all walks of life, in a national public conversation on the urgent actions that need to be taken for the realization of women's rights.

Our founder and Executive director Nidhi Goyal spoke on a panel on women’s participation and decision making on local self governance presented issues of women and girls with disabilities. She raised concerns of lack of data and visibility, violence and legal capacity, social mindsets and stigma, and inaccessibility of physical and digital infrastructure that prevent disabled women’s participation.

This session was moderated by Meeta Rajivlochan and had panelists from Civil society such as Gayatri Sharma, Sejal Dand, Hasina Khan, Priyanka Samy and Nidhi Goyal.

On the panel discussing gender Based Violence, important issues were raised and recommendations made in this panel regarding access to justice, callousness of the police, barriers in data and sluggishness of courts. Founder and executive director, Nidhi Goyal raised some key points regarding data, budgets and barriers to accessing the justice systems when it came to violence against women with disabilities during the session. Civil society suggestions and recommendations were acknowledged by the NCW who promised them to take it further.