He took away my voice 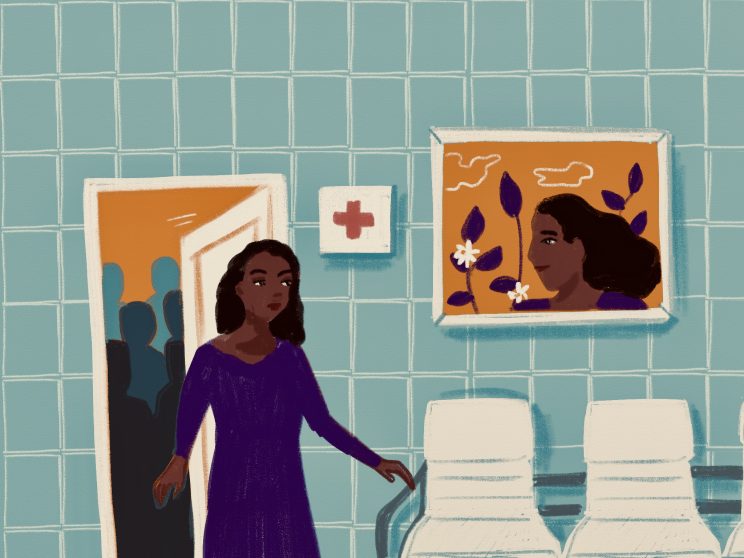 In the disability and human rights movement in Colombia, various aggressive behaviours against participating women are carefully covered up. Usually, the opinion of a man has more weight than that of a woman. Tasks and responsibilities are divided according to patriarchal rules that affect all power relations and dynamics at the workplace. Women must serve, support, protect and rarely can we lead, debate or question what managers, who are mostly men, do. Medical science, with regards to physical or mental health, is used to delegitimize the opinions of women and their participation. Usually, the work of women is not remunerated but maximum efforts are demanded, regardless of the disabilities, other conditions and economic situations. The psychiatrization of women is used to justify aggressive and discriminatory behaviours regarding their participation, as well as to create a bad reputation for them if they come forward to report sexual or work harassment, which causes immense damage at a psychological level, affecting trust in others and the desire to continue activism. Other pseudo-religious organizations, such as Scientology, infiltrate associations of psychiatric patients to offer false psychological therapies that are actually decoys to attract very vulnerable people and destroy their lives to incorporate them into those sects. They have also deceptively recruited prominent activists, who are unaware of the evil nature of these sects and who have not received support from recognized organizations.

In 2007 I joined a large mental health organisation in Bogotá. Within the organisation, women are targeted, their participation is restricted. They are made fun of for exhibiting behaviours typical of their ailments. On many occasions, I witnessed naturalized sexual harassment in social interaction, without anyone speaking out at this lack of respect. Around that time, a young woman became the victim of an attempted rape inside the apartment of one of the leaders, who later was president of this association for several years. She was unable to report the incident and was verbally abused and slandered until she had to leave. I had to endure verbal sexual harassment by that man, but he had such support that there was no point in complaining. When I had to meet him at his apartment a couple of times for work, I made sure he knew that my family was aware of my location. Alerted by experience, his violent behaviour drifted to work. He wanted to take advantage of my work in documentary research for his benefit. He humiliated me in front of psychiatrists and patients; he created problems for me with people from the same organisation and he took away my voice at events. Just because he was the president, and a man. He used a patient to call my house to threaten me that if I continued to speak ill publicly, they could forcibly hospitalise me. After the incident, I publicly retired from that organised, in 2014.

But earlier, in 2007, through the organisation I contacted a psychologist who was misleading because he was from the Scientology sect. For nearly three years, he emotionally manipulated me until he caused me profound harm and used his knowledge of hypnosis to try to convince me that the origin of the childhood trauma I still endure was imaginary. It increased my anxiety and to conceal it, he recommended that I take psychiatric medication. In 2010, he abruptly stopped the drugs and this caused a serious crisis. I had to go to hospital and suffered more violence in Bogotá. I could not report as no one would have believed me. My family too collapsed and split up for some time, and they blamed me for everything that happened.

The psychologist was a friend of an influential director of a foundation in Colombia. He recommended me because I needed a job, but he wanted to use me to spy. This man, recognized as a co-chairman of the board of an important worldwide mental health organisations network, displayed a warm and enveloping personality in appearance—but he proved to be highly destructive, unscrupulous, manipulative, and knowledgeable of the suggestive techniques of the psychologist. It is known that he raped a woman in Asia but escaped from the authorities. I joined his organisation in 2009 as a volunteer, without knowing the underlying risks.

After hospitalization, he offered me help to report the psychologist, he also assigned me work in his foundation and in representative spaces. First, he pretended to be my friend, and months later, he calculated the right moment to get emotionally involved, knowing my emotional vulnerability at that time, just like the psychologist did. Then he emotionally assaulted me and revealed details about the relationship to many people to damage my image. At the same time, he did these things with other women in the organisation to obtain loyalty, complicity, free work, and financial resources. He squandered the money he received from donations and did not keep any accounting or financial reports.

I tried so hard, but he never kept his promise or paid for my work. On the contrary, he demerited my work, and demanded, in exchange, support to become a coordinator in a network of disability organizations in Bogotá that I give him half the salary that they were going to pay me, I refused to do so and he tried to force me without success. I questioned their irregular financial management in a letter that I published for the other members and I endured great hostility. He claimed that I owed him money for an alleged donation to travel to Buenos Aires.

He is still after me on social networks. He harmed the spread of my Facebook posts, infiltrated my accounts with false profiles to try to damage my independent work and my private business. He has harassed me on phone and schemed with people from a Latin American network to defame me with false accusations about my intimate behaviour, lies about the women in his foundation and other organisations that still defend him.