Open secrets no more: Moving from the shadows to the centre 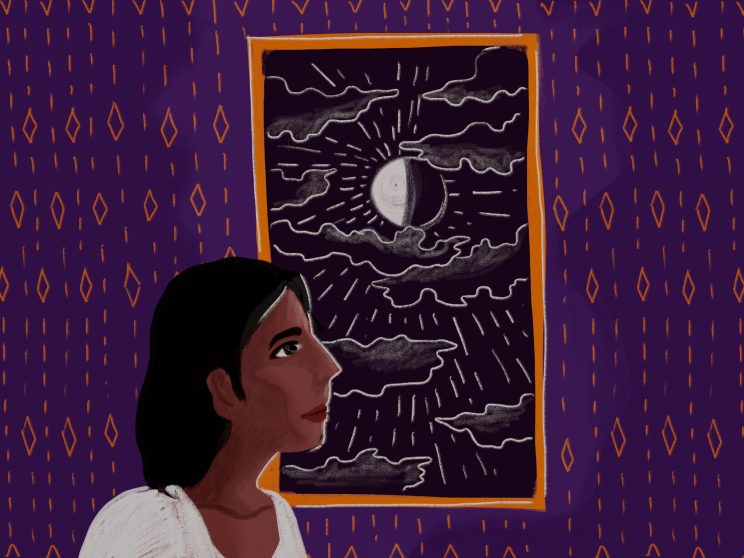 People often ask me, if a strong independent woman like me has ever been sexually harassed. And with a satirical laughter I say, I don’t know of any woman who has never faced harassment. I have experienced being whistled at, catcalled, groped, in public places, in crowded areas, and even on silent, dark streets. The abusers have been unknown people and random strangers, who I didn’t recognise and didn’t necessarily have to see again - ever.

But the harassment that I will be speaking about today is different yet similar, is usual yet scary. A disabled man, a co-panelist at a technology and accessibility event, once bent over and brushed his face on my cheek – under the guise of telling me that time was up and I should stop my presentation. This was my first ever sexual harassment in the disability community and of course it was not the last. When I spoke about this with close people – those that I knew then-and told them about the disgusting experience, they all said, “Oh that man, we all know that he has abused many women with disabilities.” The casualness with which folks told me this was shocking, but the inaction surrounding this was simply unacceptable. It gradually dawned on me that the community is full of open secrets like these.

We see that disabled women speaking up against harassment within the community is extremely rare. I wondered on this for years, and interactions with and working within the community made me realise a few things. We, women with disabilities, are constantly made to believe that we deserve the abuse because of our disability, or we ought to accept the abuse because at least the abuser is helping us, or “providing" us opportunities which are so few and far in between, but mostly, the fear that no one would believe us even if we spoke up. These are few of the reasons that stop women with disabilities from coming forward. These are of course in addition to all the usual hurdles women go through when they face harassment. “It must have been your fault”, “You may have been too friendly and they stepped over”, “It is just one little incident, you take your own measures to protect yourself”, “You must be involved with him, or you are anyway too forward so how does it matter?”– are few of the comments/questions that any survivor is bogged down with and anticipates long before she comes forward. All this is in addition to the guilt and trauma that the survivor experiences due to the abuse, and that very often then leads to a delay in speaking up, or in reporting, if at all.

There are additional layers of silencing, a spoken and unspoken pressure of not reporting harassment when it comes from within the disabled community. It is a closed community and so the harasser almost always will find out when a disabled raises a complaint against them. Even if the woman would to keep it closed and anonymous. The rest of the community is upset that the disabled woman is defaming the community - a community already stigmatised and misunderstood in the non-disabled world. Many actors in the community would rather live this reality and hold them as open secrets- secrets that all know but no one wants to unveil.

Women with disabilities often don’t receive full acceptance in the non-disabled world because of their gender and disability. For many of us, the disabled community is a community of care and friendship, of love and guidance. In such a scenario, when the community guilts us to keep quiet, or hints that they would become hostile if negative narratives or rather open secrets were spoken, many of us often succumb. Also, the social stigma of asexuality, infantalisation and inspiring narratives that surrounds people with disabilities, means that most folks won’t believe that a disabled person could be a harasser.

The open secrets remain cloaked and we are all responsible for that. A few months ago, I was speaking to an activist and they said that we all knew about a certain media person who was named in the #MeToo movement in India. But we never spoke up before because he was finally such a fantastic editor! And that was a huge moment of pause for me.

We, as communities, as professionals, as human beings, perhaps now need to carve out our non-negotiables. Does someone excelling at their profession give them the option to exercise power and exploit others? Does bringing a social change give them an authority to discriminate and abuse other genders? And the answer is within each of us.

Women cannot often take the legal route because the barriers in the justice system for women and particularly for women with disabilities are immense. Women often choose to speak up to ensure that communities like ours recognise that there are abusers within the community and safeguarding disabled women’s interest is important too.

The more powerful the abuser, the more difficult it is for women to speak up. In #MeToo accounts from USA or even globally we have seen how women feel safest to speak up when the abuser has lost his position of power or has even died. For women with disabilities, speaking up is no different. We speak up for each other, or when we feel that the abuser from within the community may no longer be able to hurt us personally or professionally. Being abused and harassed is a traumatic experience and it may take years for women to process their abuse and speak up.

I remember that while travelling for a conference within India I knew that the disabled man who was then harassing me for months, was attending that conference. So, I booked a hotel for myself and did not share my hotel details with anyone till I reached there. It was an important conference for my work and for our movement, and so my focus was on - being safe and moving the work forward. I could ensure this only by spending additional money, by requesting a colleague to accompany me at most times within the conference premises and through tiring and painstaking alertness. But is it fair that we as women, as women with disabilities have to shoulder the burden of our safety? Do our movements and communities have no role to play in this?

Nidhi Goyal is a disability and gender rights expert with a decade of experience working at the intersection of feminist and disability rights movements. She is the founder and executive director of Rising Flame, a national award winning organisation that works on rights of persons with disabilities with a focus on women and youth with disabilities. She is a global advisor to UN WOMEN ED, President of Association of Women’s Rights in Development, core group member on persons with disabilities of National Human Rights Commission (NHRC), and Member of the task force on diversity and inclusion of Federation of Indian Chambers of Commerce and Industry (FICCI).