On the 7th and 8th of December 2021, the Women with Disabilities India Network, in collaboration with Rising Flame and Shanta Memorial Rehabilitation Centre, held a 2 day National Conference of Women with Disabilities at the Park Hotel, New Delhi. Several women with diverse disabilities from rural, semi-urban, and urban areas all across the country, came together to learn about their rights, share issues, raise concerns, and make recommendations.With India’s commitment to the United Nations Convention on Rights of Persons with Disabilities (UNCRPD) and the recommendations received by the government in 2019 from the Committee, with the completion of 25 years of Beijing Declaration and Platform for Action, it was critical to evaluate where and why women with disabilities are being left behind in the development agenda, and this conference was organised in an effort to understand the same. 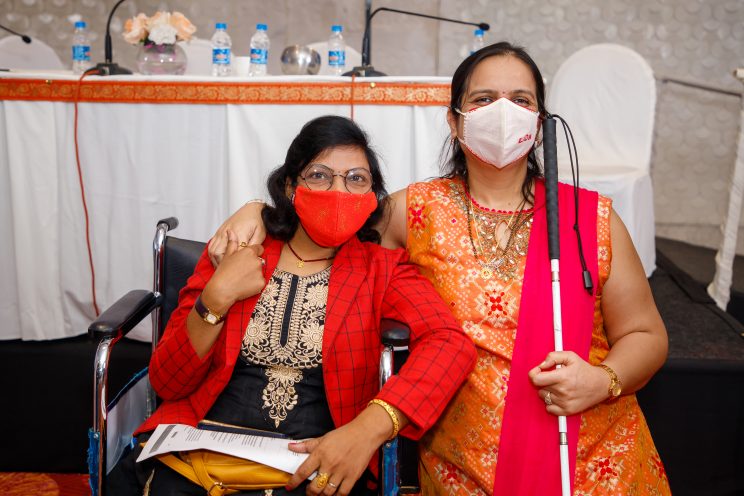 A total of 85 people attended Day 1, and 70 people attended Day 2. The conference was conducted in English, Hindi, and Indian Sign Language, and five different panels were held as part of the event – titled Education, Health, Livelihoods, Violence, Sexual and Reproductive Health Rights, and Living Within the Community – respectively. Each panel consisted of a moderator from the WWDIN, disability rights activists from the community working on the issue at the grassroots level, as well as activists outside the disability community, working on the issue as allies – which included members from organisations like SAMA Resource Group for Women and Health, Gender at Work India, Jagori, Nirantar, TARSHI etc. The event also saw participation from present and ex high-ranking members of the UNFPA, NCW, NCPCR, and NHRC. 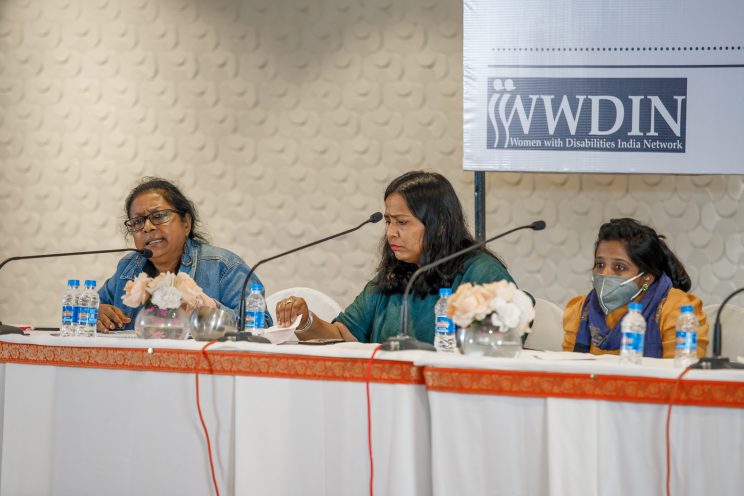 The session on Education summarised the Gulbarga workshop. Training Women with Disabilities in rural areas becomes important due to families not giving priority to their education. They also do not have access to information about schemes and policies. Saudamini Pethe, director of All India Foundation for Deaf Women (AIFDW)  spoke about how access to education is missing for deaf kids with Autism because of preference to speech and oral communication over sign language and ISL. They grow up in isolation due to lack of communication and exposure, and exclusionary behaviour. It is an urgent need for ISL to become a compulsory part of education. Stuti Kacker added to this saying not only are schools inaccessible for deaf kids but for all persons with disabilities. Infrastructural barriers are a huge obstruction for especially women with disabilities.

Only 1% of our GDP is allotted to Public Healthcare. This makes public hospitals severely lacking and poses a huge problem for women with disabilities since they are forced to access private healthcare which is unaffordable. The narrative around disabled people often revolves around ‘fixing’ and ‘curing’ which is a patronising approach that disempowers people with disabilities. 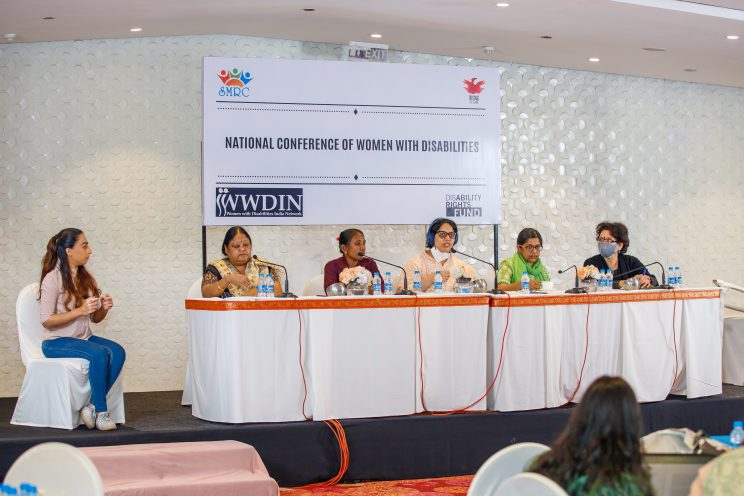 What do we think of when we think about livelihoods for women with disabilities? Are we thinking tailoring, parlour work, agarbatti? We are often stuck in molds of work that are old fashioned.This is a brahmanical understanding of work and the way segregation of work happens. Choosing for others and deciding who is capable of doing what work is a huge problem. “We have to reimagine solidarity among movements,” says Jyotsna from India Leads. 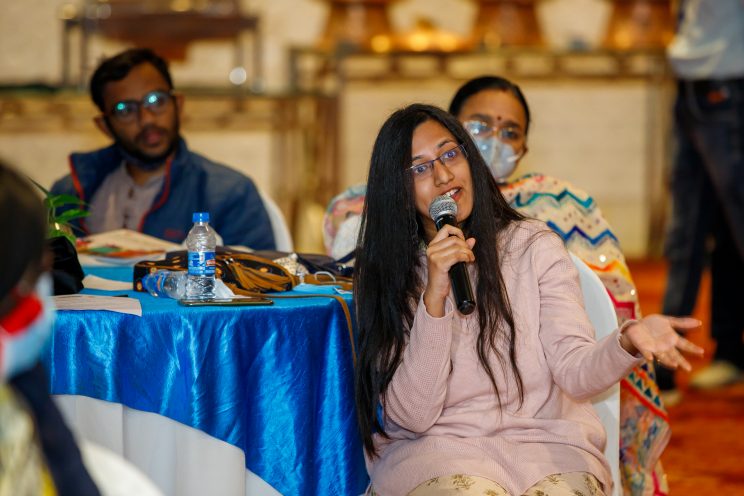 Uninvited advances in the name of helping women with disabilities is not seen as violence and we are expected to be grateful for it instead. WWD require assistance due to inaccessible surroundings and infrastructure, which makes them susceptible to violence. Accessibility and Violence are deeply interlinked. 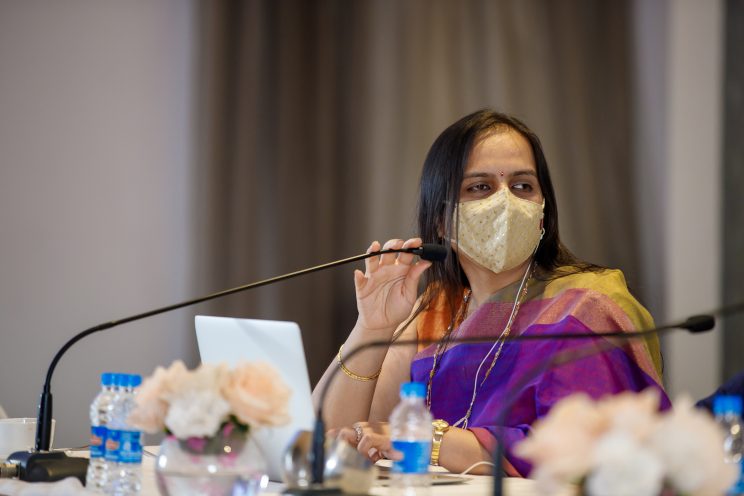 It is important to remember that disabled people are not a homogenous community, neither are women. We all have different personal needs, requirements and outlooks. We must learn to be considerate of each of them individually. 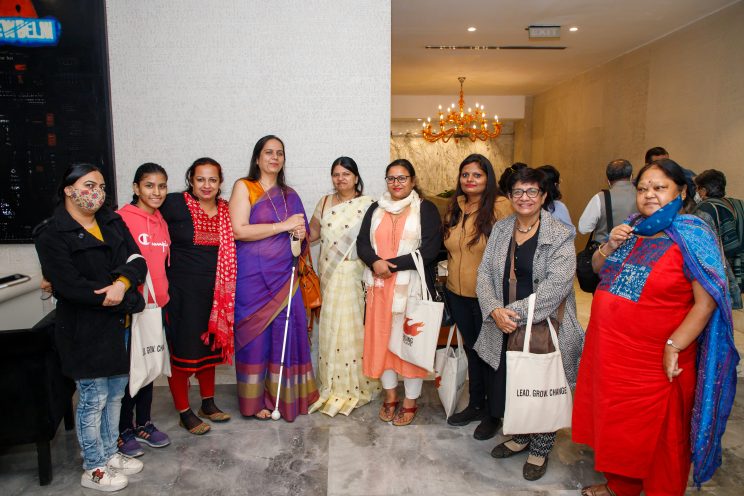 The conference came to a close with a commitment to follow up on and tackle the existing challenges with new strategies, in a bid to make sure that women with disabilities will not be left behind or forgotten anymore.