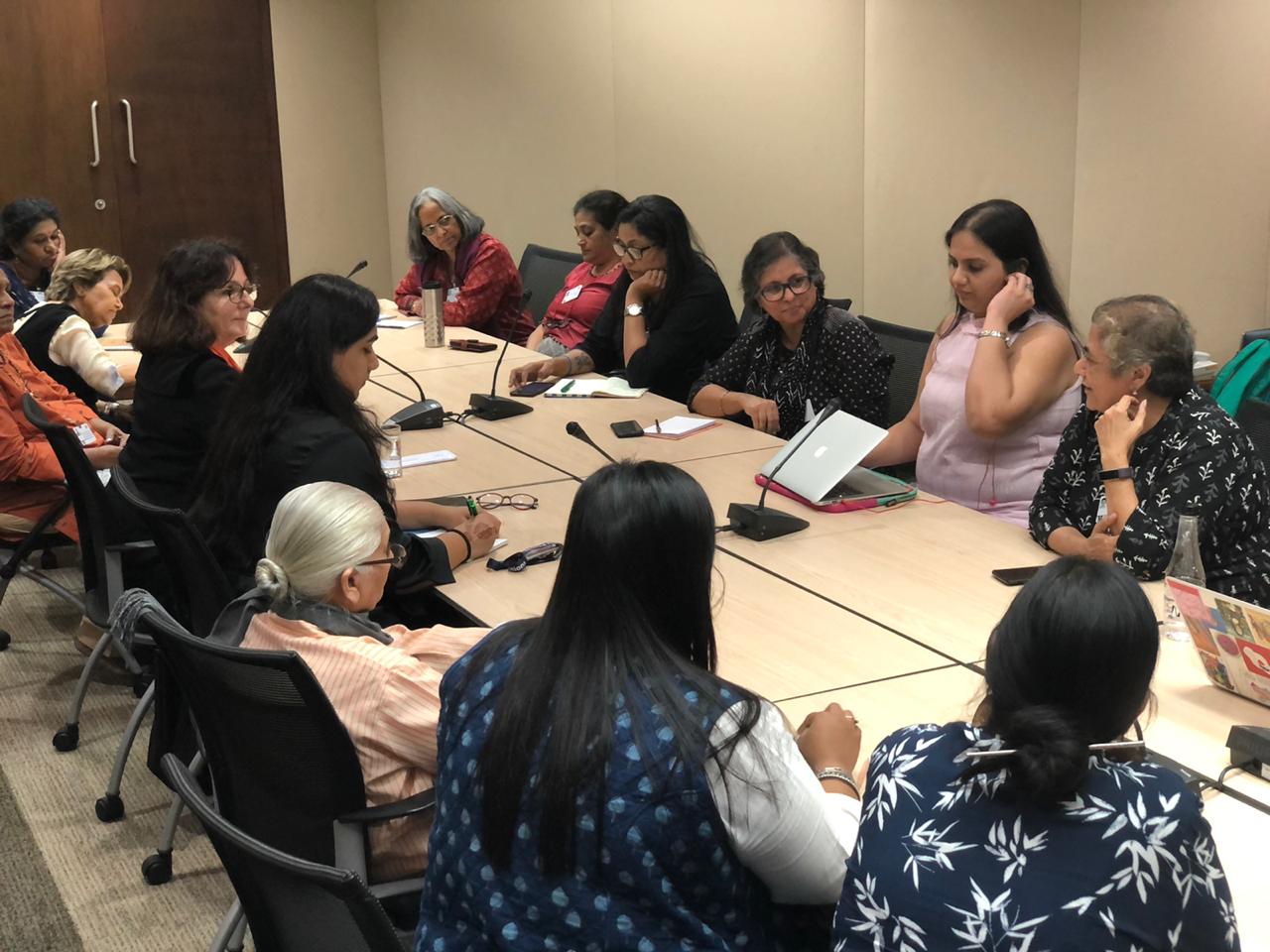 In November, the Asia-Pacific region, the UNESCAP and UN Women Asia Pacific facilitated the regional review process as part of the global review to highlight the achievements and barriers to the implementation of the Beijing Declaration and Platform for Action (1995).

As a part of the process, a civil society forum and an intergovernmental meeting was held from the 24th November to 29th November. Rising Flame participated and contributed to both these processes.

The Regional CSO Forum was a space where organisations came together to facilitate intergenerational dialogue and strengthen the cross-movement solidarity. At this forum,  Rising Flame independently organised a workshop, co-organised another one and was part of various panel discussions.

The workshop Intersectionality- How to make it real?, organised by Rising Flame, aimed to present the realities of women with disabilities who lived with intersectional identities and to support participants to reflect on their own feminisms and women’s rights work to identify intersections and support those realities. The session took place on the thematic day of ‘Action’ and was attended by over 60 participants. Founder and executive director Nidhi Goyal facilitated the discussion. Among the panelists were Rama Dhakal from Nepal, Manique Gunaratne from Sri Lanka, Deaf Advocate Jing  from China and cross disability activist Smitha Sadasivan from India. Niluka Gunawardena and Pratima Gurung joined via videos. Such a diverse panel allowed for a holistic discussion on women with disabilities and the intersections of other identities such as queer and indigenous. Conversations and concerns around movements and around issues of humanitarian emergencies, climate justice etc were also focussed on. Some of the key discussions points were rights around participation and decision making for women with disabilities, health and safety concerns in humanitarian crisis and conflict situations and fragile contexts, barriers to access (social, informational, cultural, political) for women living with certain disabilities, employment and livelihoods and labour justice for women with disabilities particularly in diverse contexts and violence of various kinds. The recommendations that rose out of these discussions were key for us to carry forward our advocacy in the Beijing + 25 global review process through the United Nations Commission on the Status of Women and Generation Equality Forum.

A session on Women with Disabilities movements in Asia Pacific and their contribution to the BPfA+25 and its review process was co organised by Rising Flame with STEP, Sightsavers and other organisations. Key discussions revolved around access to education, health, or other services for women with disabilities.

Founder and executive Director Nidhi Goyal was also invited to speak on the panel Bridging Feminisms: An Intergenerational Dialogue along side speakers such as Dr. V. Rukmini Rao from MAKAAM, Lean Deleon from WEDO, Carole Shaw from JERA among others.

The three-day forum was followed by the inter governmental meeting where we worked with the Asia Pacific Women with Disabilities network to submit a strong statement for the rights of women and girls with disabilities.