A Conversation with Al Jazeera on ‘Inaccessible Cities’ 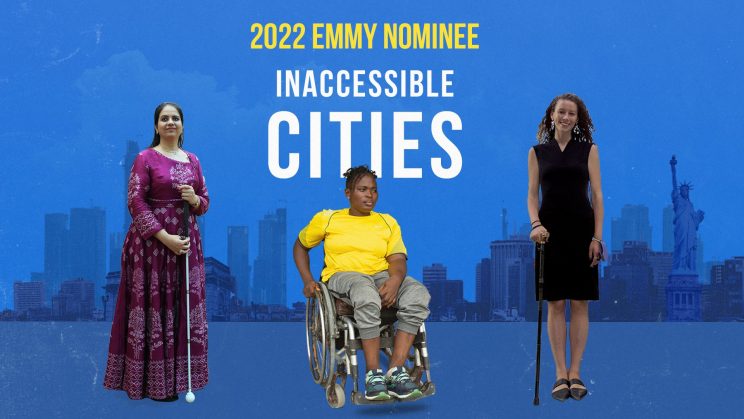 Al Jazeera Contrast organised a Twitter Spaces conversation on ‘Inaccessible Cities’, based on a feature that Nidhi Goyal was a part of on 13 April 2022. In the conversation, Founder and Executive Director Nidhi Goyal was joined by Rebecca Lamorte, former New York City Council candidate and a disabled woman who was also featured in Inaccessible Cities.

Nidhi highlighted the everyday inaccessibility that a blind woman living in a city has to deal with in a dialogue with the AJ Contrast digital community, moderated by Viktorija Mickute. The link between (in)accessibility and safety was a part of the conversation, as was digital accessibility.

Discussions ranged from what could be done to make cities more disability-friendly to questions from listeners around the (in)accessibility of their immediate surroundings.

‘Inaccessible Cities’ was also nominated for a News and Documentary Emmy in the Outstanding Interactive Media: Innovation category. Watch it here.